Why Buy an Electric Cargo Bike?

If you want to buy an electric cargo bike, usually called an electric bicycle, first consider how you plan to use it. There are almost as many kinds of electric bikes as there are pedal bikes, many of which are well done. An important factor in your decision is where you live, because the climate, whether there is a bicycle lane, how far you want to ride regularly, and how you classify and manage electric bikes in your region will all affect how you use them.

Some states treat electric bicycles as other motor vehicles, and require riders to hold a driving license to use electric bicycles on public roads. More than half of the states consider electric bicycles to be bicycles, depending on their speed and how they use power (for example, through pedals or hand controls). 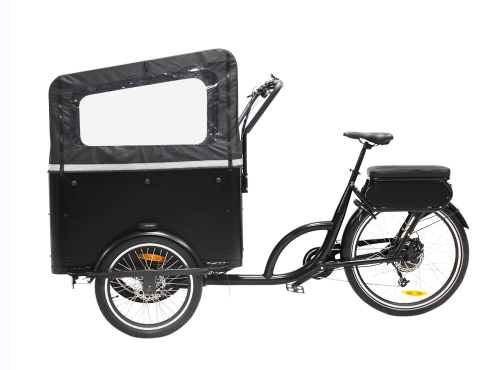 There are many reasons people buy an e-bike, but we found after talking to experts and riders that the main ones are for commuting, recreation, and hauling light cargo. Amid the pandemic, health concerns have been another driver of increased bicycle sales. If consumer demand tells the story, bicycles have been a good transportation alternative for urban and suburban commuters wishing to avoid using public transportation. They can also be a good form of socially distanced recreation.

Cargo bikes are built to haul cargo and extra passengers. with strong frames, fatter tires, and robust components, they’re the industrial beasts of the two-wheeled world. Pedal-powered cargo bikes have been around for a while. They can be configured with rear-mounted seats or cargo racks, or front-end cargo boxes supported by one or two wheels. Bicycle taxis can also be included in this group; the two-wheeled models are popular for urban delivery and for ferrying children.

The advantages of adding electric power to a platform designed to haul heavy loads seem obvious. Adding more weight to anything makes it more difficult to move around, and electric propulsion can be a game changer for anyone who wants to use a bicycle as an alternative to a car, such as to run errands and carry large loads of groceries, packages, or passengers. E-bikes—although not necessarily the heavy-duty cargo variety—are also popular among urban food delivery riders who want to avoid car traffic and double-parking