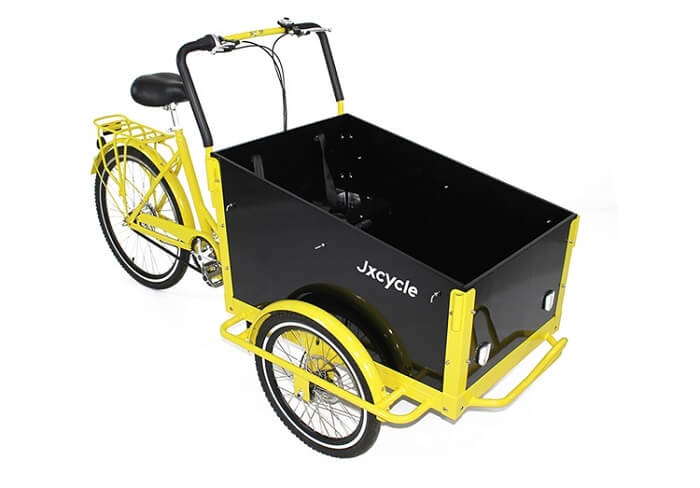 The cargo bikes are also known as Bakfiets or cargo trike，they originated in The Netherlands in the early 20 century, and were used by cargo bikes to deliver milk, bread, and other goods in the absence of the automobile.
Today, The Cargo Bike is a healthy way for transport, such as safe children transport, grocery shopping, stuff carry and so on. People are increasingly fond of using them.
Also, the cargo bikes are used for commercial purposes, they are developed for advertising bike, coffee bike, ice cream bike, hot dog bike and so on. Cargo bikes commercial value is getting higher and higher.